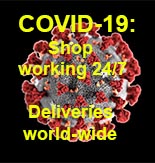 In 1935 a group of enthusiats decided to establish production of radio receivers in Estonia. Beccery shipyard, which was practically inactive at that time, rented its building located at Kopli 80 (today Marati 4). A manufacturing plant of radio receivers was opened in Tallinn, Estonia. At the time, the factory was called RET (Raadio-Elektrotehnika Tehas).

In 1938–39 the sales number increased to approximately 4500 units, and 200–220 people worked at RET. The best European and American components from such brands, as Marconi and Philips, were used in radio receivers. By December 1938 10000 radio products were manufactured by the factory overall.

In the second quarter of 1941 modified RET radio receiver models were produced, which used tubes of USSR origin. An eight-tube radio receiver was in development. According to the factory’s acting chief engineer Eduard Kokker’s report from 1 June 1941 a batch of the first thousand of new Raadio-Pioneer models was started. In terms of former products it was planned to release 300 radio receivers Rekord 2P, as well as some numbers of Ars 3, Malle 2, Sangar 5 and Maret 7. By 31 May 1941 285 people worked at Raadio-Pioneer factory.

In 1941–1944 Raadio-Pioneer factory was passed to Telefunken and was renamed Funktechnische Fabrik Reval. Engineer Eduard Kokker was assigned as the managing director of the factory. He had an advisor, who represented Telefunken. The factory was meant to produce radio equipment for German navy.

After the World War II the factory was renamed Punane-RET.

From 1955 the factory started releasing radio-gramophones: a radio receiver combined together with a gramophone. From this moment all RET consumer radio equipment was released under Estonia trademark. The first radio-gramophone model Estonia 55 (later simply Estonia) was available until 1959. It used 12 bantam tubes, selenium bridge rectifier, push buttons for band selection, 2-speed (33 and 78 RPM) gramophone with a piezoelectric ceramic cartridge and two sapphire styli. USW reception capability was added to the radio receiver, while the SW band was separated into five subbands. The loudspeaker system included two 6ГДР-1 (6GDR-1) drivers located in the front wall and two additional 1ГД-9 (1GD-9) tweeters located on the side walls of the cabinet. In that time radio-gramophone was comparable to European products of a similar level in terms of sound quality. Overall 40212 units were released.

Radio-gramophone Estonia 2 was produced between 1958 and 1962. Overall 63861 units were released. The difference from the previous model was that the tweeters were placed in two separate cabinets. Provided their placement in a room was correct it became possible to achieve a considerably more pleasant sound in comparison with Estonia 55.

Radio-gramophone Estonia 3M was in production from 1964 to 1966. Overall 59224 units were released. It was a modification of Estonia 3 in a compact cabinet. The loudspeaker system is comprised of two 4ГД-7 (4GD-7) drivers. The use of separate high-frequency output transformers was abolished. Push button tone control was employed with options for ‘Voice’, ‘Solo’, ‘Symphony’, ‘Jazz’ and ‘Bass’.

Stereophonic period for RET began in 1969, when Estonia Stereo was released. The modular stereophonic tube radio-gramophone was produced from 1969 to 1973. Overall 34474 units were manufactured. The main module included seventeen radio tubes. The gramophone worked at four speeds and employed a piezoelectric ceramic stereo cartridge. The system included a three-way floorstanding loudspeaker pair. The radio-gramophone was equipped with push button switches, manual and motorised station tuner, automatic reception frequency fine tuning and a handle for manual steering of a loop antenna.

Modular stereophonic radio-gramophone Estonia 006 was produced from 1972 to 1978. Overall 94875 units were manufactured. Reception module was similar to Estonia Stereo, however the power amplifier was based entirely on transistors. Motorised fine-tuning of the frequency was substituted by electronic. The radio-gramophone included small-sized bookshelf loudspeakers 10МАС-1 (10MAS-1).

n 1980 a souvenir radio receiver Regatt was released to commemorate the Olympic yachting, which was held in Tallinn.

In 1985 production of loudspeaker drivers and assembly of loudspeaker systems was moved from the main Tallinn factory to the Jõhvi branch. At the same time many technological processes were modernised in partnership with Genelec Oy, Finland.

Modular stereophonic radio-gramophone Estonia 010 was a copy of Sharp Optonic. It was produced from 1985 to 1992. Both selling of a complete set, as well as in separate modules was intended. At first the set included active loudspeakers, however production of a power amplification module and 35 АС-021 (35 AS-021) loudspeakers was started in 1985.

In 1992 Estonia was rebranded as Audes (‘Audio from Estonia’).